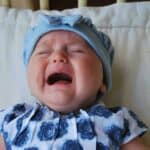 Acid reflux disease in children is actually quite common and easily overlooked. Symptoms in children are more difficult to catch and connect. We don't typically look to a child's diet as a potential cause, because that's just not the norm in this country, but this is a digestive issue...so why wouldn't we look at what they're eating?

An 11-year-old boy in Boston developed a Gastroesophageal reflux disease (GERD). According to his mother, Cathy, it was the end of June in the year 2005 when her son developed a cough which usually happens during sleep, and even during the daytime. It is only a short dry cough symptom. His pediatrician thought it was only an allergy, however, when her son was tested, the result showed that there were no allergies. According to her, it was her son’s asthma that relates to GERD.

Studies show that GERD is likewise normal to infants and children like in adults, though this fact is oftentimes being overlooked. The symptoms come in continual sickness, coughing, and other respiratory trouble. (1)

Children are vulnerable to GERD because of their immature digestive system. Truth is, the majority of the infants grow out of GERD once they reach the age of one-year-old.

The medical specialists further stated that symptoms for children may come in difficulty in swallowing foods, or failure to grow. The doctors recommended that in situation like this it is best to lessen the amount of acid in the children’s stomach before it could lead to acid reflux, since this disease is not very curable in children.

However, the doctor suggested some approaches to avoid acid reflux in children; an example of these is burping the infant quite a few times during feeding, or letting the infant stay in an erect position for 30 minutes after nourishing.

Although, for a child ages three and up, doctors suggested to keep them off soft drinks that include caffeine, carbonated drinks, spicy foods like peppermint, acidic foods like citrus fruits, too much chocolate, and fried and fatty foods. Ideally, establishing a healthy diet can really decrease acid reflux in children.

Check out the ingredients in infant formula, it's literally all sugar. I know I had some acid reflux and heartburn issues prior to going low-carb and now they are gone. Coincidence? Not really.

Further treatments include the use of H2 blockers; this is available in any drug store. Proton pump inhibitors can also be used in treating acid flux for children. Unfortunately, these types of drugs are only turning off dysfunctional mechanisms rather than treating the dysfunction and can have long-term negative side-effects. (2)

However, if these treatments fail to stop the symptoms, other treatment method needs to be done. It is very atypical, but doctors recommend surgery, this is so far, the best treatment for relentless symptoms that do not respond to other treatments. However, continuous surgery is essential as the child grows. So why not look at making changes to their nutrition before heading down this road?

When to Call a Doctor

Now, if you are confused about when is the right time to consult a pediatrician regarding acid reflux. The answer is you observe, observe the amounts of vomiting, if it already comes out in green or yellow or appears to be like blood or coffee grounds, there is difficulty in breathing after vomiting, and there is pain in swallowing, immediately consult a pediatrician before the symptom gets aggravated.

Take note, advanced acid reflux disease has a great possibility to end in serious medical complications, and it may lead to hospitalization. Be aware of the possible symptoms so you will not overlook anything and think about your food choices for your little ones.

More Articles You May Enjoy