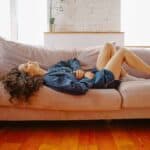 SIBO or Small Intestinal Bacterial Overgrowth is one of many issues that may arise from long-term digestive dysfunction and it can really wreak havoc on your health.

Bacteria in the intestines are an essential part of healthy digestion--they process fiber, help regulate the immune system, and even help with brain health. But as with many things, too much can be bad for your health.

Too much bacteria in your gut, known as Small Intestinal Bacterial Overgrowth (SIBO), can lead to a number of gastrointestinal diseases and other health issues. SIBO is when there is an increase1 in the amount or type of bacteria in the small intestines specifically. The most common type of SIBO is an overgrowth of the kind of bacteria that should be in one’s largest intestine, or the colon. A more rare form of SIBO is when there’s a high amount of the bacteria that is normally found in the small intestine.

There is evidence that prolonged SIBO can interfere with the actual makeup and function of the small intestine by interfering with the normal digestion of food. A major part of the regular digestion process is the absorption of nutrients--iron, protein, carbohydrates, vitamin B12, water and more. SIBO damages the cells that line the intestine, the mucosa, which helps to absorb those nutrients.

Symptoms and effects on the body depend on what type of bacteria is overgrown. This damage can not only lead to nutritional deficiencies, in particular the bacteria can take the place of the vital vitamin B12, which keeps the body’s blood and nerve cells healthy. The bacteria can also eat up amino acids, which can cause a protein deficiency and a buildup in ammonia, which can be toxic. The excess bacteria can also lower fat absorption, which can cause a lack of fat soluble vitamins A and D. This can lead to unintentional weight loss, as well as weakening of the bones known as osteoporosis.

Serious damage to the intestinal mucosa can also lead to a condition called leaky gut syndrome.2 This occurs when anything can pass in and out of the intestinal barrier, and bacteria and toxins can pass from the gut into the bloodstream. This can cause inflammation throughout the body and a number of immune system reactions or even food allergies.

Because the small intestine naturally have bacteria in it, the body also has natural means of preventing a condition like SIBO from happening. The production of gastric acid helps to regulate bacteria as it kills bacteria when there is too much of it, as does the muscle movements of the intestinal walls. There is also something called the ileocecal valve, which allows materials to naturally flow from the small intestine to the large intestine, but prevents it from going backwards.

There is no singular cause of SIBO, but likely it does disrupt one of the natural protective mechanisms listed above. But likely it is a disorder of those natural protective mechanisms such as an immune disorder, some kind intestinal obstruction, a pancreas disorder, low stomach acid secretion, and more, according to a study in the World Journal of Gastroenterology.3

What Puts People at Risk for SIBO?

Certain conditions can make people more at risk for SIBO.4 They include:

Alcohol abuse is also a significant contributor to SIBO symptoms. A study in Digestive Diseases and Sciences3 found an association between women who have one drink a day and men who have two drinks a day and bacterial overgrowth in the small intestine. Alcohol appears to damage the mucosa of the small intestine and decrease the muscle movement of the intestinal walls.

Symptoms of SIBO can apply to many other gastrointestinal conditions, and thus can be difficult to diagnose. The most common symptoms include bloating, stomach cramps, stomach distention, diarrhea, weakness, and fatigue. Symptoms may be more or less severe depending on the amount of bacteria overgrowth.

If someone also has a related gastrointestinal issue, such as irritable bowel syndrome, Crohn’s disease, or celiac disease, it can be hard to tell what is exactly causing those symptoms.

There is no agreed upon, research-backed method of diagnosing SIBO. The best way is to test the bacteria counts in the intestines, but this is arduous, expensive, and many bacteria do not grow in cultures.

Breath testing to measure levels of hydrogen and methane gas is also used but can be difficult to interpret.3 These gases are measured because the excess bacteria feed off of the undigested food in the small intestine, and they especially like sugar, carbohydrates, starches, and alcohol. As the bacteria continue to eat away at these carbs, the carbs ferment and produce hydrogen. The hydrogen then is food for archaea, an organism in the small intestine that will then produce methane. So the breath test will measure the excessive levels of hydrogen and methane, showing that SIBO may be causing symptoms.

Some studies4 estimate that between 6 to 15 percent of healthy people with no symptoms have SIBO, while up to 80 percent of people with irritable bowel syndrome have SIBO. The lack of “gold standard” testing means many go undiagnosed.

How is SIBO Treated?

Antibiotics are most often used to regulate overgrown bacteria levels caused by SIBO. Still, symptoms typically recur in most patients. A study in the American Journal of Gastroenterology5 found that being older, having a history of appendectomy, and chronic use of anti-acid medications were associated with SIBO recurrence. Finding a concrete cause of SIBO would be helpful in finding a more targeted treatment that would alleviate symptoms without recurrence.

More research is needed to understand the underlying cause of SIBO, and more definitive diagnostic tests need to be developed as well. The more we understand about SIBO, the easier it will be to diagnose and treat patients dealing with SIBO symptoms.