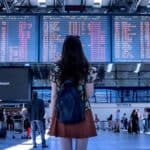 The constant traveler, who tours different countries across different time zones is faced with a lot of stressors which may contribute to the degradation of optimal health status. Undetected and unsuspected lenience on traveling across time zones may also lead to affected psychosocial behavior because of the new places and environmental stimuli that are bombarding the body. Here are a few tips to stay healthy while traveling to help you maintain a high state of wellness and prevent complications of illness after your trip.

The most common effect of constant traveling across different time zones is the jetlag. It is defined as the feeling of an individual of having similar symptoms such as fatigue, insomnia, and general irritability caused by a tired mind. The new environment and the new culture, as well as the new body clock system may distort the normal time for rest of an individual. This would cause consistent stress on the body functions, resulting to an inefficient output of energy by the different organs which are dependent on day and night settings.

A jetlag is commonly experienced a few days at max by a traveler until such time that internal homeostasis is achieved by manually calibrating sleep and dietary patterns with the new place.

Dehydration Is One Of The Main Culprit

Another reason which causes discomfort on a traveler such as headaches and nausea is caused by dehydration during the flight. Travel dehydration is very real. Even if the traveler has not done any strenuous work inside an aircraft, the mere duration of the flight is enough to deprive the human body of enough water and fluids to maintain efficient hydration. Furthermore, the different pressure changes happening to the internal cabin also affect the body functions and metabolic speeds, and therefore the consumption of fluids inside the body.

It is advisable to drink constantly throughout the flight with clear water to keep the body hydrated and supplied. As dehydration sets in, the flow of blood is slowed down. This blood is essential to carry oxygen to the different parts of the body, especially to the brain. A lack of oxygen supply would result therefore in a more irritable personality, and also a sleepy feeling due to the lack of oxygen and increase of carbon dioxide instead.

One of the most effective ways to combat the effects of traveling such as jetlag and disorientation is to sleep well before the flight, during the flight, and after the flight. It is also advisable to prioritize this sleeping habit and start with the work itinerary on the succeeding day. In this manner, the traveler is not subjected to stressors that may add up to the adjustment period and disorientation of the self due to the new environment.

Many would say that too much sleep may not serve the individual good. However, the more sleep and fuller rest of the person, the better chances that he would be able to think and function with efficiency as soon as he is ready to work or perform the itinerary for the day.

Staying healthy while traveling is a daunting task to look after and maintain as there is almost no guarantee that jetlag would not occur to some minor extent at least. Nevertheless, prevention and heightening of its measure to inhibit its manifestation on travelers is vital for health
reasons.

Here are 5 toning exercises you can do anywhere to help you stay active while you're traveling as well! Hopefully, these tips to stay healthy while traveling were helpful. Safe travels!