The best fall meal ever has got to be chili! This black bean chili is a lower-carb version of the original. So you can have that same great chili feeling but stay within your carb budget.

We make chili in the crockpot year-round, but it always tastes better when it’s cold outside. Who am I kidding? Here in Arizona, it’s definitely not cold yet, but you can just tell that fall is coming. The fall feeling is here and that means, it’s time for some chili.

This chili is a little different...if you been following me for a while, you know that I've had to battle with leaky gut in the past. Even though I've won the battle and recovered from leaky gut, while I was reacting to a ton of different foods, I had to figure out how to substitute those foods out in recipes.

Kidney beans were one of those foods that I was reacting to for a period of time. So this chili is made with black beans. You can use black soybeans for an even lower carb count and if you’re looking to lower the carb count even further, you can easily omit the beans altogether and the chili will be just as scrumptious.

This black bean chili recipe makes for fabulous leftovers, I use it for chili dogs and chili burgers! It's also really yummy to scoop with pork rinds.

No, black beans are typically not on keto-friendly food lists. Legumes in general tend to be omitted when following a ketogenic diet.

Black beans are higher in starch than other foods and they can be inflammatory for some folks.

How Many Carbs Do Black Beans Have?

According to the USDA, a one-cup serving (about 172 grams) of cooked black beans nutrition provides approximately:

That's a lot of carbs! But is it really?

Are you going to eat a whole cup of black beans in one sitting? Probably not. It's more likely that you'll include them in a recipe like this black bean chili and eat a much smaller portion than a cup.

If you're following a therapeutic ketogenic diet to manage chronic illness like cancer, it's definitely too many carbs. But if you're watching your carbohydrate intake to maintain health or lose weight, black beans can definitely be included in a well-balanced low-carb diet. If you can tolerate them, go for it!

Julia over at The Roasted Root has a pretty awesome faux cornbread recipe using almond flour. If you're into cornbread with your chili, it's totally worth checking out. The recipe is gluten-free but calls for coconut sugar and ghee, of course, you can easily substitute these out for coconut oil and your favorite sweetener.

Sounds like a great meal to me! Top your chili with some diced yellow or green onions, cheese or sour cream (if you can tolerate dairy), or hot sauce. Pair it with an awesome keto corn bread and dig in. On a cold fall or winter day, this would be the a wonderfully warm and comforting lunch.

I'd love to know what you think of both the black bean chili and the paleo cornbread if you decide to whip these up on a blustery fall afternoon. Let me know in the comments how things turn out! 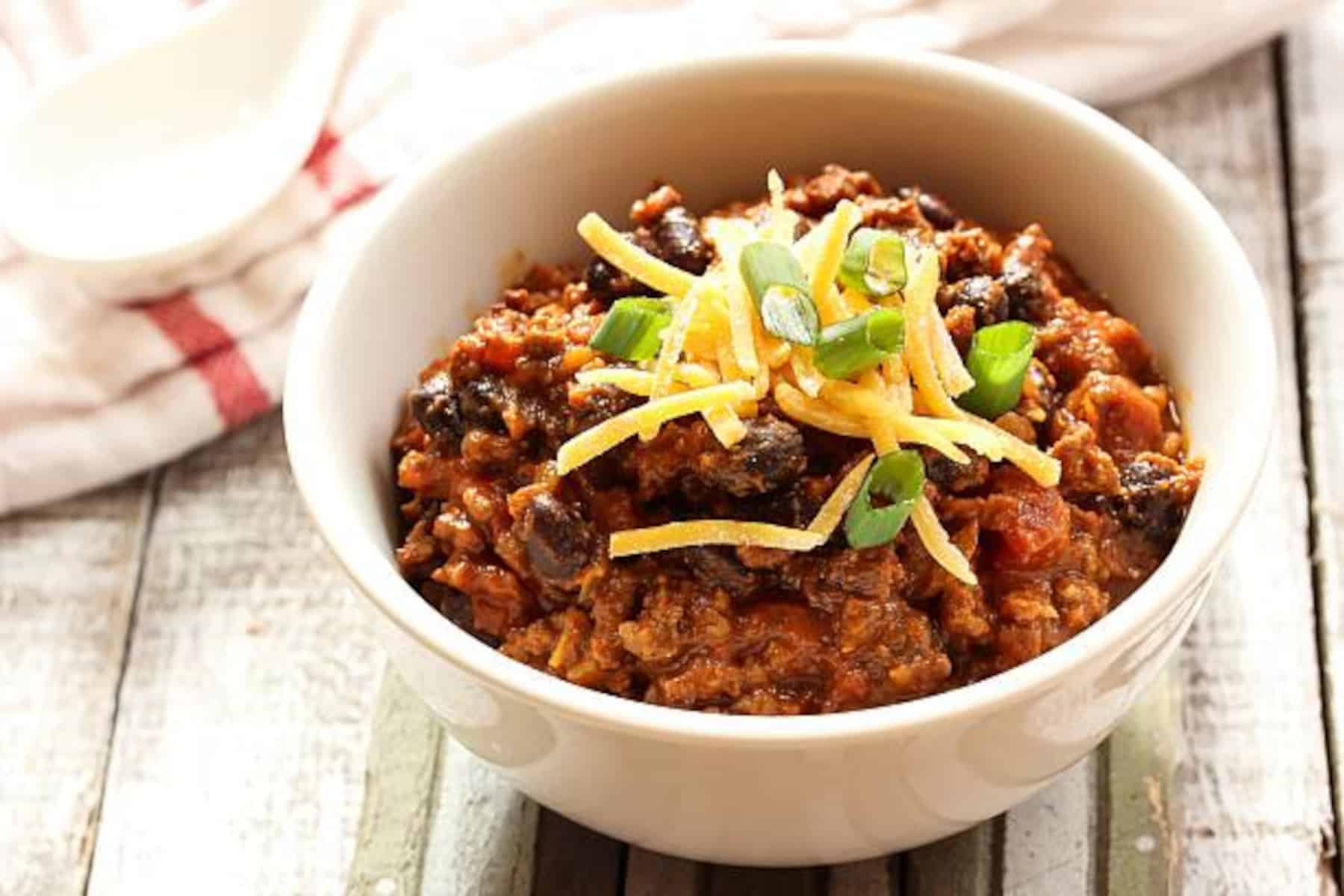