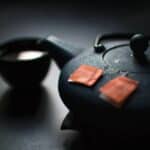 Did you know there are a lot of health benefits of tea? Tea is arguably one of the oldest and most sought after commodities in the world, and today it is the second most consumed beverage, second only to water. It is a product that is made from the leaf and bud of the plant Camellia sinensis, a large evergreen shrub that is native to China and Eastern Asia.

Pre-dating the construction of the Egyptian pyramids by about 1500 years, tea has been cultivated in China for nearly 6000 years. Along with silk and porcelain, tea was one of three essential Chinese export goods. Around the 16th century, Dutch traders brought large quantities of tea to Europe, kicking off the widespread global love and demand for this warm aromatic beverage. And, as the British aristocracy developed a fancy for their daily cuppa, not only did the sun never set on the Empire, but neither did a day pass without imbibing some of the East’s elixir.

Triggering opium wars, plant smuggling and political protests, tea has a rich and storied interconnection with humanity. Cultures around the world drink it in a myriad of ways, it has played a key role in Traditional Chinese Medicine for centuries, and modern-day science also has an interest to uncover the wide range of unique health benefits that tea possesses.

Aside from the fact that it’s both warming and refreshing, simple to make, and tasty, here we’ll dive into some of the science behind what makes tea a great addition to any diet.

Having a long history of being used by humans to aid what ails them, science has shown that some of the main health benefits of tea include:

Good for the Body

More recently, scientists have become very interested to find out whether or not green tea can be used as an effective cancer preventative, focusing in particular on a phytochemical known as epigallocatechin gallate (EGCG). Various studies have found positive results, demonstrating that green tea can delay the onset of cancer, prevent recurrence of some types of cancer, like colorectal adenoma, inhibit the metastasis of B16 melanoma in mice, and offers a synergistic enhancement of anticancer effects against human cancer cell lines in combination with other cancer-fighting compounds. (2)

A study that reviewed the data on over 850,000 individuals across 22 different studies showed that consuming 3 or more cups of tea per day had a positive effect on cardiac health, demonstrating a reduction in cardiac death, stroke, cerebral infarction and intracerebral hemorrhage. (3)

Furthermore, in studies conducted throughout Asian countries where the populations drink large quantities of green tea, they have shown that individuals have a lower body fat composition, smaller waist measurements, and a 33-percent reduction in the risk of developing type 2 diabetes. (5) It should be noted that these studies were done typically on a population that consumes between three to six cups of green tea everyday, and that such positive outcomes do appear to be related to a high intake of tea, rather than by drinking a daily cup or a single cup a few times each week.

Good for the Mind

In addition to a number of positive effects on the body, tea has also been shown to be beneficial for mental health and the health and longevity of the brain.

A meta-analysis of previous studies showed that those who consumed at least 3 cups of tea per day, reduced the risk of suffering from depression by 37-percent. (6) Another study showed that the subjective stress and anxiety of participants drinking low-caffeine green tea was significantly lower than the placebo group. (7)

Tea phytochemicals, including caffeine, L-theanine, and EGCG where shown to improve performance on long-duration cognitive tasks, while simultaneously aiding in relaxation. Participants reported a reduction in tension, along with improved alertness, memory, and the ability to sustain attention, while also feeling more relaxed and calm. These chemicals appear to have positive effects on both cognition and mood. (8)

And a very recent study out of the National University of Singapore has revealed that based on extensive neuroimaging of 36 individuals, regular tea drinkers have better brain organization compared to non-tea drinkers. This suggests that regular consumption of tea may have a protective effect against age-related brain decline, while also protecting the brain from various neurodegenerative diseases that are seen in old age. (9)

All the various types of tea are derived from C. sinensis and are classified into different types based on how they are prepared before they are brewed. These classifications include green and white teas that are both unfermented, oolong tea which is semi-fermented, and black tea which is fully fermented.

While all tea has been shown to have a positive influence on health, the less processed green and white tea leaves maintain higher levels of polyphenols, making them rise to the top when it comes to health benefits. The higher concentration of polyphenols, along with its unique mix of phytochemicals and the apparent synergistic effects these chemicals have within the body, makes green tea a strong contender as a super brew.

If you enjoy a cup (or 5) of tea each day, not only will you feel more relaxed and alert, but, according to both long-standing medicinal tradition and modern-day science, you’ll be reaping some major health benefits that can be great for body and mind, today and into the future. So whip up a batch of bacon-grease sugar cookies and enjoy some hot tea!