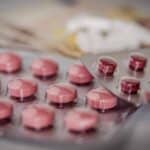 Over the last several decades, many new and different options have emerged for women who are searching for methods of birth control. This has been a game changer for so many, especially as it becomes more accessible and affordable. Being able to choose when to get pregnant, and plan pregnancies in advance affords women freedoms and pursuits they did not have before. Let’s review some of the most common choices for hormonal birth control, prescribed for and used by women of all ages, known as hormonal contraceptives.

These can manifest in a variety of “devices”, such as the infamous pill, which is a daily pill taken orally. Whoever designed these made them tiny enough to keep them in a handy compact in your purse, but apparently did not think about the extreme likelihood of fumbling one down the drain or somewhere behind your dresser when you’re late for work. Luckily, in addition to the oral pill, there is also a flesh colored patch worn on the skin for weeks at a time, a ring worn inside the vagina for weeks at a time, an injection of hormones every few months, or even contraceptive implants which are effective for years at a time. So – we’ve got options ladies! But they all essentially take the same approach of using hormones to make it very difficult for your body to achieve pregnancy. So how does that work?

What’s Going On In Your Body Every Month?

Before we get to how hormonal birth control works, let’s do a quick primer on what is happening in your body every month naturally. It’s likely you learned this in high school health class at some point, but in case you have forgotten, here’s a quick reminder. Your cycle usually lasts about 1 month, but can range anywhere from 21-40 days, and can generally be split into 2 halves.

The first phase, known as “the follicular phase”, lasts about 2 weeks, from the first day of bleeding until ovulation. Estrogen, an important hormone you’ve probably heard of, is low at this point, so your body stimulates the production of 2 key hormones called follicle stimulating hormone (FSH) and luteinizing hormone (LH). These (as the name implies) stimulate follicles in the ovary to grow, which each contain their own egg. During this period it’s a race to see which follicle will grow the biggest! Eventually, one grows bigger and faster than the rest, which will slowly die off (1). Estrogen levels have been rising during this time, and once they become sufficiently high, the body produces a surge of LH, which leads to the “winning” follicle releasing its egg into the fallopian tube 24-36 hours later. Once this occurs, the body begins to release high amounts of another hormone, called progesterone, which helps set up the uterus for implantation and pregnancy—just in case that egg is fertilized in the 24-hour window (1).

Now begins the 2nd half of the cycle, known as the “luteal phase”. During this period, the main player is progesterone, and the body just assumes pregnancy is imminent and continues readying itself just in case. (Can you imagine this assumption every month!?) The follicle that released the egg becomes the corpus luteum, which sends preparatory signals to build up the uterine lining for a nice little home (1). If pregnancy does not occur, then the levels of progesterone and estrogen drop sharply towards the end of this phase, the uterus sheds the lining it has been building, and you get your period once again. If pregnancy does occur, then these levels of progesterone and estrogen remain high, which stop LH and FSH from performing their usual monthly duties, suppressing ovulation while you work on growing a little one (2).

So—now that you’re familiar with the main hormonal players in this game: estrogen, progesterone, FSH, and LH, we can talk about how adjusting them can have an impact on your fertility. As I mentioned, all hormonal contraceptives take the same approach, but they are implemented slightly differently. Let’s start with the most well-known method of the oral pill, the “combination pill”, which has low doses of synthetic versions of estrogen and progesterone (typically called progestin). These doses used to be much higher but were rapidly reduced in the 1960s and 1970s after initial formulas were linked to increased risks of stroke, heart attack, and pulmonary blood clots in healthy young women (3). This artificial dosing of hormones suppresses ovulation by stopping the release of FSH and LH. Without them, there is no follicle stimulation and no egg release (5). The synthetic progesterone also promotes thick cervical mucus, which acts as a barrier to sperm, making it harder for them to reach their destination.

These pills are given in a 28-day pack, with 3 weeks of true pills, and 7 days of placebo pills which allow for a “period”. Because this type of contraception affects your estrogen levels to stop you from ovulating, your bleeding during the placebo week may be lighter and shorter in duration than you are used to. It is really just withdrawal bleeding designed to mimic a natural period. Many clinical trials have shown these oral combination pills to be extremely effective in preventing pregnancy. With perfect use, 0.3% of women have an unwanted pregnancy (though, it’s worth noting that “in the real world” where most of us live, that number rises to 8% of women, due to missed pills or incorrect usage) (4).

While combination methods are probably the most common, there are also progestin-only oral contraceptives that are used for women who want to avoid estrogen, and long-acting progesterone only methods used in implants or injections. These are not as effective at suppressing ovulation though and depend on the progesterone to make the cervical mucus thick enough to stop the sperm from getting through. Since the amount of progestin in this type of oral pill is much lower than the combination pills, ovulation prevention is not consistent (5). This means caution! For these progestin-only pills to be as effective as possible, you need to take them at the exact same time every day – and I mean exact. If you miss it by a few hours even, your cervical mucus can lose its hostile effect and sperm could get through to fertilize an egg.

One of the reasons hormonal birth control options are so popular, is that they are easy to administer (no doctor’s visits needed to put you into stirrups), reorder (lots of mail order options these days!) and they are quickly reversible (conversely, there is no “untying” a man’s tubes). So, if one day after years of avoidance you decide you want to get pregnant, go ahead and toss out the rest of that pack, stop sweating about losing those damn miniature pills in a public bathroom, and go for it.

Studies have shown that FSH and LH secretion resume right away after you stop taking the pill or rip off your patch, leading to the development of new follicles even in the following week (5). While this may not be every woman’s experience, as there are plenty of anecdotal stories about post-birth control syndrome (which we’ll explain in another post!) – just know that the effects of hormonal contraceptives are reversible (4), so it’s all about what works best for you, your body, and your life. If you're concerned about the side effects, you can always try the Fertility Awareness Method.