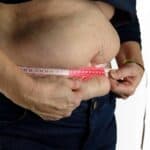 How did we get here? American's are so disconnected from their bodies. We can't hear the signals our bodies are sending us and fatter and sicker than ever. When we look back through the evolution of the modern diet, there are 6 major milestones of the modern diet that add up to our current situation. Let's walk through each and discuss the technological advancements and the corresponding effects on human health.

The Agricultural Revolution took place in the 18th and early 19th centuries. Crops and animals were domesticated and we began to move away from our hunter-gatherer ways settling in larger groups. We developed more control over our food supply and for the first time in history, we had a food surplus.

With the introduction of domesticated crops, our food sources moved toward fewer & less diverse nutrients. We also started to see habitat loss and degradation of the soil as farming took hold.

This time accounts for the first signs of chronic illness, referred to as 'the diseases of civilization'. Closer quarters and larger settlements began to facilitate the spread of communicable diseases and we begin to see the rapid loss of bone density.

The Introduction of Refined Sugar

Refined sugar was introduced in the 1600s. Sugar was initially a luxury item available only to the very wealthy and only in small amounts. Sugar consumption has since ballooned to 150-200 lbs. per person today as production has become easier and cheaper.

Sugar has unique biological effects on human health and is void of nutrition. Sugar interrupts signaling including sugar handling and negative feedback loops that control homeostatic responses adding unnecessary stress to the body leading to illness.

The Industrial Revolution was the transition to new manufacturing processes in Europe and the United States, in the period from about 1760 to sometime between 1820 and 1840.

Population growth boomed and cities sprang up putting additional stress on food production. We saw the introduction of manufactured food, shelf-stable food products that could be transported between cities These new food products were a combination of refined sugar, flour, and vegetable oils. We traded nutrient density in favor of long expiration dates.

Machines began to replace people and animals in production igniting the sedentary lifestyle we live today. This new industry also introduced new chemicals and toxicants into the environment.

The Rise of Big Food

Addictive food engineering was born with the development of the bliss point. The bliss point is the hyper-palatable combination of salt, sugar, and fat that is difficult for humans to resist.

These food giants began advertising to children in order to forge lifelong relationships with their customers. They also began to have influence over public policy and research.

The Chemical Revolution began during World War II. The war facilitated advances in chemical engineering for the purposes of chemical warfare. Chemical warfare agents were brought home and put to use in food production used as fertilizers, herbicides, and pesticides.

These new chemical discoveries took food manufacturing to new heights. Nutrient-dense foods like butter and meat were reserved for the troops and civilians were offered new food products like margarine and hydrogenated oils. Shelf-stable foods expanded expiration dates and became even less nutrient-dense.

During this time we also saw flawed nutrition research emerge claiming these new products to be healthier than the animal-sourced saturated fats they tried to replace. All of this resulting in cheap, abundant, highly processed, non-perishable, chemical-laden foods that taste great but leave us hungry for nutrients.

The last of the 6 major milestones of the modern diet is The Digital Revolution is the shift from mechanical and analog electronic technology to digital electronics which began anywhere from the late 1950s to the late 1970s with the adoption and proliferation of digital computers and digital record keeping that continues to the present day.

We saw the rise to digital electronics, computing, and communication facilitating easy access to information. This new reliance on digital devices and information has impacted human physiology in several ways.

Here we are, these 6 major milestones of the modern diet have left us with an abundance of cheap, highly processed, non-perishable, chemical-laden foods that are hyper-palatable and void of nutrients. Living sedentary lifestyles, getting poor sleep, unable to efficiently detox from our toxic environment. All of this disrupts our ability to listen to our bodies and provide them with proper nourishment.

Nutrient-dense, properly prepared, whole food nutrition is more important then ever before. No wonder we are fat, sick, and nearly dead. We are absent the foundations of health unless we deliberately take control and live life on our terms!