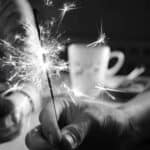 New Year's Eve is an exciting holiday for many. It is traditionally one of the holidays in which most people participate in parties with friends and family members. While going to parties is a great deal of fun, it is also a lot of fun to host your own New Year's Eve party as well.

Planning a memorable party is definitely a lot of work, but it is a great deal of fun as well. This article will offer a few basic tips for planning a New Year's Eve party. These tips should be useful for both novice party planners as well as those who have a great deal of experience in planning parties for their friends and relatives.

The first step in planning any party including a New Year's Eve party is to consider your guest list. This is important because it will help you to determine where to hold the party.

For example, if you have a fairly small home and want to host a party for over one hundred people, you will obviously have to consider hosting the party either in a much larger house or even in a catering hall or restaurant.

When you are planning your guest list, you should figure each guest will likely bring a date with them. This is only reasonable and it would be considered tacky to tell guests they are not able to bring a date to the party.

Deciding whom to invite is not the only concern here. You should also consider how you plan to invite your guests. You have a number of options here. The most traditional way to invite guests to a party is to mail out invitations to each individual guest or couple you plan to invite to the party. The invitations should include all of the pertinent information including date, time, and location and should also include instructions for responding to the invitation. These instructions should include a deadline for responding and a method of responding such as calling by phone or sending an email.

Other options for sending invitations include calling the guests or sending out an electronic invitation via email. Although paper invitations were considered the only method for a while, it is now considered acceptable to send out other non-traditional invitations for any party or event.

Once you have determined the number of guests and the location of the party, it is time to consider the food and beverages for the party. Since most New Years' Eve parties start rather late in the evening, appetizers and cocktails make an excellent idea for food. However, if you plan to start your New Year's Eve party at an earlier time such as five or six o’clock in the evening, you should consider having more substantial food at your party. You might opt for an elaborate sit-down dinner or include a buffet at your party.

Still another food option for New Year's Eve parties is to host a brunch on New Years Day. You may offer finger foods, appetizers and cocktails in the evening and early morning but then start serving breakfast items as the sun starts to rise. This allows the party to go on a little longer because guests do not start leaving because they begin to get hungry. Since many breakfast foods are great on a low-carb plan, think bacon and eggs, or an omelet bar, this is a perfect low-carb New Year's Eve party idea.

My savory cheesecake bites are a great appetizer! Check them out.

What else would you consider when planning your New Year's Eve party? Let me know in the comments if I forgot anything.