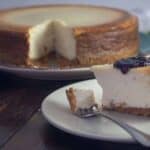 Learn what you need to know about cheesecake before you jump into making one for yourself.

Cheesecakes are delightful sweet or savory treats that are made with soft and fresh cheeses. They can also be integrated with other several ingredients, including sugar, eggs, and cream. Cheesecake flavorings are also possible and normally include chocolate or rum and fruit toppings, like berries.

Nowadays, there are several variations of cheesecakes. There are those that are designed for dieters and some for vegetarians. But no matter what kind of cheesecake is created, they still follow the basic guideline and usually have the common challenges in cooking.

The Challenges of Making Cheesecakes

In the United States, modern cheesecakes use cream cheese, while ricotta cheese for Italian cheesecakes and quark cheese for German cheesecakes. The kind of cheese used for the cheesecake not only affects the taste and texture of the pie but also the capability to incorporate other certain types of ingredients. Additionally, thinly made cheesecake batter will not be structurally sound but can also tend to fall apart at the table. However, one method of avoiding this is through the use of unflavored gelatin or cornstarch beaten with eggs.

The most common challenge in baking cheesecakes is their tendency to develop cracks after being cooled. This is because of the coagulation of the beaten eggs in the cheesecake batter. There are several methods that can avoid this phenomenon. One is to bake the cheesecake in a water-bath or bain-marie in order to ensure even heating. Other methods also include baking the cheesecake at lower temperatures and cooling it slowly in the oven or blending a small amount of cornstarch (you can use xanthan gum in place of cornstarch) in the batter to avoid the coagulation of eggs.

When it comes to what you need to know about cheesecake, it's important to remember to avoid purchasing light or low-fat cream cheese unless the recipe needs it since it can only create optimal results in cheesecakes. Cheesecakes need the fat, that’s why they are the ideal dessert to make low-carb!

Cheesecake can be wrapped in plastic and refrigerated for up to a week.  Plain cheesecake, tightly wrapped with plastic then foil in a spring-form pan, can be frozen for three months. Defrosting the cheesecake can be done inside the refrigerator for eight to twelve hours. More so, it is necessary to allow the cheesecake to return at room temperature before serving.

In preparing the cheesecake, most cheesecake recipes call for two procedures, such as: create the base first then bake and add in all the cheese fillings and bake again. The trick to creating baked cheesecakes is not to overcook them. Cheesecakes are best created in a spring-form pan. By using such pans, cheesecakes can be easily removed after the baking process.

To achieve a smooth filling, ensure that the cream cheese and egg are stored at room temperature. Also, do not over-beat the mixture because this can only cause cracks at the top of the cheesecake. Additionally, tap the side of the pan in order to release air bubbles that could cause cracks or bumps in the top of the cake before baking.

If you have toppings for the cheesecake, remember to add them after the cheesecake has cooled, no more than two hours before serving time. If there are still cracks, after all the efforts you placed into it, you can add toppings that can hide the cracks, such as berries and chocolates.

There you go, that's what you need to know about cheesecake. Check out my low-carb chocolate hazelnut cheesecake recipe!