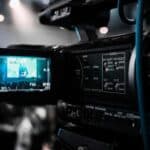 This list of keto documentaries is priceless! Whether you’re just starting on your keto journey or you’ve been on the healthy fat path for a while, there is no better ingredient to your success than knowledge. Fortunately, there are some great documentaries out there that express science and fact-based information about the ketogenic approach to nutrition and wellness.

To understand the science behind keto, it is best to conduct your own research, and these keto documentaries will help you do just that. Each title on this list aims to help you better understand metabolism, ketosis, and the foods you should and should not eat.

Use this list of documentaries to make your keto eating template more effective and manageable.

Fat Head is the first keto documentary I ever saw and definitely gets credit for my love of keto documentaries, it was filmed in 2009 and directed by and starred Tom Naughton. The primary purpose of this film is to refute the claims made by Morgan Spurlock in the Film Super Size Me, in which a man eats nothing but McDonald's for 30 days. Naughton also takes on the lipid hypothesis theory.

The documentary Super Size Me is meant to show the world that eating fast food is what makes people fat and that it doesn’t matter what you eat at home. Naughton takes this as a dare and sets forth to prove that you can become (or stay) obese by eating home cooking because it all boils down to what you are putting on your plate.

In the film, you’ll see Naughton lose weight and improve his cholesterol numbers by consuming a high-fat diet and nixing the carbs and sugar. He blows Spurlock’s theories out of the butter bowl.

Where to Watch Fat Head:

During the 1950s, the food pyramid was turned upside down. What Americans once believed to be healthy eating was something of the past. Fat was no longer looked upon as a nutritious part of the daily diet, and it was replaced with carbohydrates, instead.

In the film Cereal Killers, a seemingly healthy 41 year-old-man looks to change his family’s legacy of heart disease before it strikes him, too. His father was a football player who was lean, fit and passed all cardiac tests. However, he suddenly developed heart disease.

Cereal Killers helps you understand why this, by all accounts, healthy man ended up with heart disease and how the high-sugar diet he was consuming plunged him onto that path. You’ll see the positive effects that a high-fat diet has on this family’s health and how it changes them forever.

Where to Watch Cereal Killers

A great film starring Damon Gameau, who makes it his personal goal to uncover the effects that a high sugar diet has on a healthy human body. In this documentary, Damon only eats foods that are commonly deemed as “healthy.”

The film is wildly entertaining but also informative. You’ll learn where sugar lurks in supermarket foods, how the Standard American Diet increases health problems, and how leaving sugar behind for healthy fats can heal the body.

Where to Watch That Sugar Film

The Magic Pill is an excellent film to watch if you’re dealing with any sort of health disorder and would like to learn how food can act as a healing medicine or as a tool of mass destruction. In the documentary, five individuals are plagued with severe health issues and are chronicled as they change their diets over to a ketogenic template.

The purpose of this film is obvious and that is to show the world that low-fat diets deprive the body of essential nutrients and don’t do a lick of good for one’s health. Hear from farmers, chefs, and medical experts who share their perspectives on how the food industry has dynamically influenced what we eat…and not for the better.

Pete Evans, who stars in the film, decided to create The Magic Pill to show how his journey with keto helped positively shift the state of his health.

Where to Watch The Magic Pill

This film, created by Vinnie Tortorich, is the newest of the keto documentaries on this list and takes an in-depth look at how the world has waged war on fat and how the low-fat industry may have plunged unsuspecting victims into diabetes and obesity.

This one's no joke. It's very direct and in your face, calls out the players and organizations that are responsible for the state of health in this country, and includes some graphic imagery.

Fat: A Documentary shows you how to improve your eating habits by nixing sugar and consuming more whole foods and healthy fats.

Where to Watch FAT: A Documentary

My Big Fat Diet takes a look at an aboriginal community in Canada where type 2 diabetes runs rampant. You see, these people never had this sort of health problem until they began consuming a modern western diet brimming with carbohydrates.

In the film, you’ll learn how companies like Coca Cola blame this issue on sedentary lifestyles and “eat too much.” However, this documentary helps make it clear that sugar is the real culprit.

Watch as an entire town of First Nation people go back to their roots and start consuming a high-fat low-carb diet that is made up of whole foods without any calorie counting or exercise. You’ll be amazed by the results!

Where to Watch My Big Fat Diet

An excellent documentary that was created by Dr. Aseem Malhotra and Donald O’Neil. These men set out to prove how the idea of low-fat eating is a sham and that the human body needs natural fats for optimal health.

Dr. Malhotra delves deep into the ketogenic world of eating and how it benefits the human body. You’ll also learn how to incorporate eating a high-fat low-carb diet into other healthy lifestyle factors so you can live your best life.

Where to Watch The Big Fat Fix

Narrated by Dr. Mark Hyman, Fat Fiction is an up to date documentary with the latest information about how we totally got it wrong with dietary recommendations.

What if everything we’ve been told about saturated fat is fiction? And what if the “low fat, heart-healthy” diet represents one of the most damaging public health recommendations in the history of our country? FAT FICTION (formerly known as BIG FAT LIE) is a film that questions decades of diet advice insisting that saturated fats are bad for us. Along the way, we'll reveal the lies we've been told about fats, learn what fats are good, what fats are bad, and what we can do to reclaim our health.

Where to Watch Fat Fiction

Have you been curious how sugar truly affects your health and the role it plays in chronic illnesses? If so, check out the documentary Sugar Coated.

Is it the sugar that makes people overweight and unhealthy, or is it dietary fat? This film shows you the truth and uncovers the wool that the sugar industry has been pulling over your eyes.

Sugar Coated is loaded with evidence of proven science that sugar is causing our health to decline, one spoonful at a time.

Where to Watch Sugar Coated

These keto documentaries will help you build up your keto knowledge database so that you will understand the benefits of eating a high-fat low-carb diet a little bit better than you did before.